Toppan USA, Inc. (hereafter Toppan USA), a Georgia, USA-based overseas subsidiary of Toppan Printing Co., Ltd. (hereafter Toppan Printing), has established a new office in Chicago, Illinois, with business operations scheduled to be launched in earnest on June, 2015.
Toppan USA is Toppan Printing’s first overseas production base for transparent barrier films. It is scheduled to complete construction of a new plant in Georgia and commence mass production in March 2016. The new plant will bolster capacity to supply GL FILM* and other transparent barrier films to packaging manufacturers and other businesses in North America and Europe. Exploiting the location of the plant, Toppan USA will also aim to drive further business expansion.
The new office has been established in Chicago, Illinois to bolster sales activities in the United States’ Midwest region, where many leading converters, end-users, and other major customers for transparent barrier films are located. As a central base for sales in the US, the office will focus on expanding sales of transparent barrier films in the US and stimulating activity at the new plant scheduled to be completed in 2016.
About Toppan Printing’s barrier film business and the establishment of Toppan USA
・Toppan Printing began sales of transparent barrier films, including GL FILM, in 1986. Today, the company enjoys a significant share of the global market for such films.
・Due to factors such as environmental considerations, Toppan is anticipating further expansion of demand for barrier films in the global packaging market. In particular, demand for barrier films is expected to grow in the North American market, where large structural shifts are taking place in the food packaging industry, such as a need for longer shelf lives brought by changes in lifestyles, and a switch from glass bottles and metal cans to flexible packaging.
・In light of these trends, Toppan is constructing a manufacturing site in Georgia, USA from which to provide high-quality transparent films to North America as well as new markets. (URL: http://www.toppan-usa.com/) 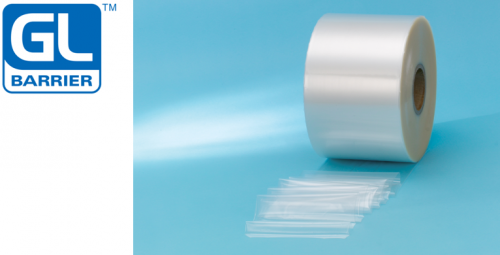 *About GL FILM
GL FILM is a collective term for original transparent barrier films developed by Toppan Printing. These films enjoy an excellent reputation not only in Japan, but also in overseas markets such as Europe, North America, and Southeast Asia thanks to a wealth of variations suited to different purposes and the world’s highest level barrier performance, achieved using original vapor deposition technology. As a top brand in the transparent barrier film market, GL FILM is currently used for approximately 15,000 products in around 45 countries and regions
*About Toppan Printing
Toppan Printing was founded in 1900. Based on its printing technologies, Toppan undertakes a wide range of activities in its three business fields of Information & Communication (Secure Business, Marketing, Content Business), Living & Industry (Packaging, Interior Décor Materials, Functional Product & Energy Related), and Electronics (Display Related, Semiconductor Related). In the fiscal year ended March 31, 2015 Toppan posted revenues of ,527 billion and ended the year with approximately 49,000 employees. For more information visit www.toppan.co.jp/english/
*The names of companies, products and services featured in this press release are the trademarks or registered trademarks of the respective companies.
*The information in this press release is current as of the date of publication and is subject to change without notice.