Since its founding in 1900, Toppan has aimed to contribute to fulfilling living as a major presence in the fields of information and culture through a wide range of business activities centered on printing. Based on this, Toppan has striven to contribute to culture, the arts, and the growth of the printing industry as a whole. Marking 100 years since the company’s founding, Toppan opened the classical concert venue Toppan Hall and the Printing Museum, Tokyo in 2000. These two facilities play a central role in Toppan’s varied efforts to contribute to society and culture.

Toppan announced its participation in and support for the United Nations Global Compact in September 2006. Recognizing the need to undertake activities from a more global perspective, it has been holding Toppan Charity Concerts every year since 2008 to help raise literacy rates, a challenge faced by international society.

The Melody of Words, produced by freelance broadcaster Masako Shindo, is a collaborative concert, combining spoken word recitals by professional actresses and broadcasters with classical music performed by some of Japan’s leading musicians, to create an enchanting world of stories. 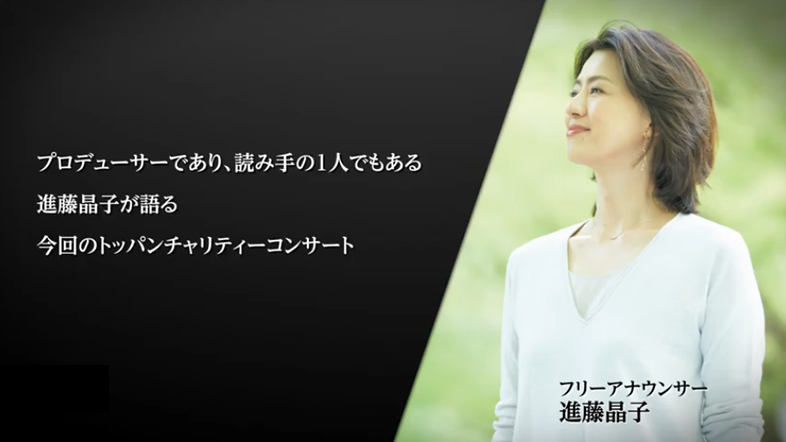 Literacy is the ability to read, write and use numeracy to the level generally required for everyday life. Acquiring literacy is essential for enabling people to escape poverty and lead a healthy, culturally rich life. According to UNESCO research in 2018, there are thought to be roughly 772 million people aged 15 and above who are yet to acquire literacy, and two thirds of them are said to be women. Attaining literacy helps to support the lives and enhance the health of these women, their children, and their families. 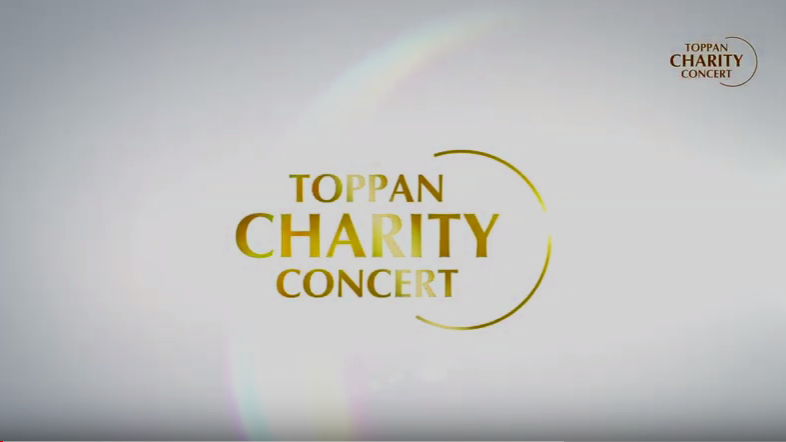 Toppan has been holding charity concerts aimed at supporting efforts to raise literacy levels since 2008. To support literacy enhancement among pregnant women and mothers of young children in developing countries, proceeds from the concerts are donated to help fund the activities of the SMILE Asia Project operated in Cambodia by the Asia-Pacific Cultural Centre for UNESCO (ACCU). The SMILE Asia Project helps to improve quality of life by providing literacy education as well as classes related to health, hygiene, and various life skills. 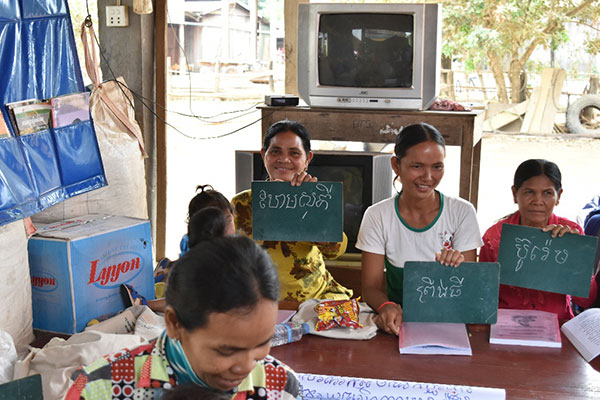 The problem of low literacy rates in Cambodia stems from the fact that many women lost the opportunity to receive education due to the impact of the Vietnam War and the destruction of educational facilities and deaths of large numbers of people related to education under the Pol Pot regime (Khmer Rouge). It is a social issue that persists even today in Cambodia because many women leave school at an early age to raise children or support their family's income, and therefore do not acquire literacy.

The SMILE Asia Project supports literacy education for women in Cambodia. Classes are held to provide opportunities for women to learn to read, write, and perform arithmetic as well as acquire life skills and knowledge related to health and hygiene. The project aims to promote the empowerment of women and improve health and educational environments in individual homes as well as in various regions.
The local partner for the project is the Cambodian Women's Development Agency (CWDA). The ACCU promotes the project by collaborating with the CWDA and stakeholders in the regions in which classes are held. Since the project was launched in 2008, more than 1,340 women in 60 villages have taken part (as of January 2019). 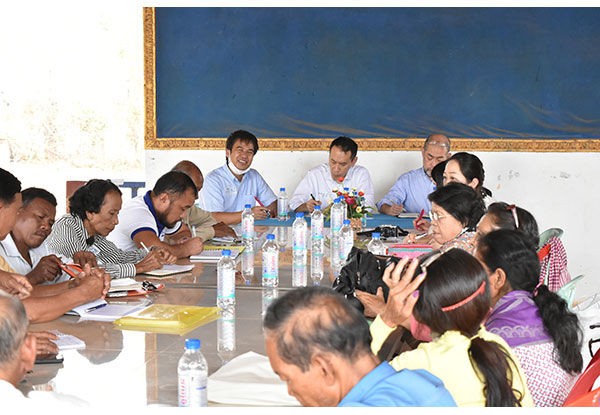 ■Details of the SMILE Asia Project

Based on research into needs by the ACCU and CWDA, regions in which the promotion of basic education is deemed to be necessary are selected, and eight-month projects are conducted regularly.

Regions in Which the Project Has Been Implemented

■In the Words of Learners

Proceeds from the 12th Toppan Charity Concert series and the Cambodia Lunch Fair made it possible to donate \1,508,677 to the Asia-Pacific Cultural Centre for UNESCO (ACCU). The money donated will be used to support the ACCU’s SMILE Asia Project in Cambodia. The project aims to provide literacy education to pregnant women and mothers raising children to help protect them and improve their quality of life.
In conjunction with the concert series in 2019, a Cambodia Lunch Fair open to the general public was held in the Koishikawa Terrace restaurant at the Toppan Koishikawa Building in Tokyo, and part of the proceeds were donated.

Proceeds from the 11th Charity Concert made it possible to donate \2,345,800 to the Asia-Pacific Cultural Centre for UNESCO (ACCU).

Proceeds from the 10th Charity Concert series made it possible to donate \2,073,600 to the Asia-Pacific Cultural Centre for UNESCO (ACCU).

Proceeds from the 9th Charity Concert series made it possible to donate \2,018,750 to the Asia-Pacific Cultural Centre for UNESCO (ACCU).

Proceeds from the 8th Charity Concert series made it possible to donate \2,192,500 to the Asia-Pacific Cultural Centre for UNESCO (ACCU).
Staff from the Cambodian Women’s Development Agency (CWDA), which runs literacy classes in Cambodia in collaboration with the ACCU, were invited to attend the concert, meet with Toppan employees, and take part in discussions about the project to enhance mutual understanding.
Literacy classes began in six villages in Phnom Penh in April 2015. In August, the ACCU and Toppan visited to monitor the project and heard positive feedback from students, who said they had been able to learn arithmetic and save money every month or expand the scope of their ambition due to acquiring literacy.