Exploring Toppan’s Possibilities and Identifying the Environment, Communities, and People as Areas of Focus

Since its establishment in 1900, Toppan has responded flexibly to the way the world has changed and expanded its business fields by creating the diverse types of value required by society. Having developed in step with society, Toppan views contributing to the achievement of the Sustainable Development Goals (SDGs) as vital for business and positions it as an engine for continuous growth.

What is the role that Toppan should play? What does Toppan need to do to fully leverage its accumulated technological capabilities and expertise to give back to society? TOPPAN Business Action for SDGs has been formulated to drive activities focused on the SDGs and provide a clear vision for answering those questions.

TOPPAN Business Action for SDGs was devised after the material issues for Toppan to focus on under the theme of Business Materiality were selected from the SDGs’ 17 targets. It explores Toppan’s possibilities more extensively and specifically. As Toppan aims to accelerate contribution to the SDGs through its business, nine areas of focus have been identified in the three groups of “Environment,” “Communities,” and “People.”

TOPPAN Business Action for SDGs was formulated by the Sustainability Promotion Committee, chaired by the President & Representative Director, and the SDGs Promotion Working Group under it. Leaders of sub-working groups for Environment, Communities, and People played central roles in the process. These leaders, who are also managers of specific businesses, shed light on Toppan’s strengths as well as issues that need to be addressed by exchanging opinions on changes in society and the consciousness of client companies that they are seeing in day-to-day work in their respective fields.

Senior management, business departments, and strategy departments collaborated in a series of discussions that also employed the approach of backcasting from 2030. Following this cross-divisional process, TOPPAN Business Action for SDGs was formulated in November 2020, and nine areas of focus in which Toppan can leverage its technologies, expertise, and strengths were announced. Discussions subsequently continued to give shape to specific activities in each business division, and target figures have been set for each of the nine areas of focus.

Toppan will enhance efforts focused on the areas identified in TOPPAN Business Action for SDGs and flexibly implement initiatives for the themes of Environment, Communities, and People as it takes on the challenge of contributing to the achievement of the SDGs in a way that is unique to Toppan.

Addressing the Challenge of Leading Society with Integrity

Interest in the SDGs among client companies has increased rapidly, and they are seeking not individual solutions but more comprehensive proposals that help to enhance their corporate brand and value. With this in mind, I thought that TOPPAN Business Action for SDGs needed an element of being an effort to lead society. For example, the target we have set to make 100% of the packaging products we sell sustainable is a significant challenge for Toppan, but it is a theme that will gain interest from our stakeholders. The important thing is to approach the targets with integrity. Toppan’s approach as I see it will be to consistently and earnestly make good on the commitments we have made to stakeholders one by one. 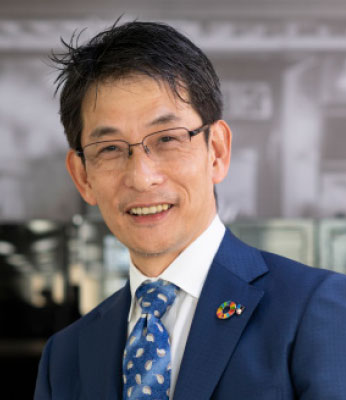 When we were devising this blueprint, there was a lot of discussion centered on what an approach that epitomized Toppan was. For example, one of the areas of focus is “showcasing and preserving culture,” but the culture that we are talking about is not just famous sightseeing spots and cultural assets. It includes all elements of culture related to people's everyday lives, such as culinary culture, folk traditions, and customs. This is precisely the kind of thing that Toppan can do on account of the knowledge and expertise it has accumulated in providing infrastructure for our lives. Under the theme of Communities, Toppan can also take advantage of its know-how in the fields of culture, regional communities, and balancing convenience with privacy. I think that contributing to the accomplishment of the SDGs through business means designing businesses that effortlessly drive growth for the company, satisfaction for employees, gains for client companies, benefits for society, and the achievement of the targets set out by the SDGs. 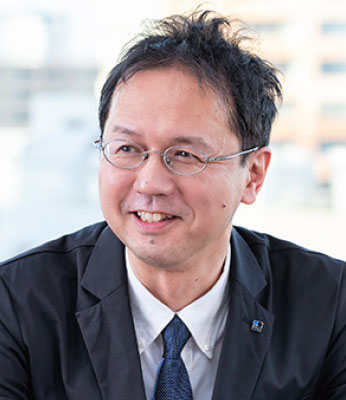 The SDGs are a considerable shared challenge for the world, and it will be essential to share the same set of values to achieve them. Education is vital for communicating and sharing our values, and printing technology has made a significant contribution to the expansion of education. I think one of the reasons that Christianity spread was probably the ability to use printing technology to propagate the medium of the Bible. An educational platform that facilitates learning for people throughout the world is important for the SDGs, and I think Toppan has the foundation to be able to create it. Based on that thinking, we have identified “creating obstacle-free educational environments” as an area of focus and set targets to contribute to learning for people in Japan and overseas. We will focus activities on people all around the world, combining Toppan’s technologies and expertise with the strengths of client companies. 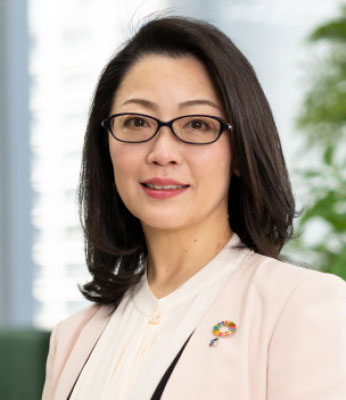 Naturally, the content of TOPPAN Business Action for SDGs itself holds a lot of value, but so also does the formulation process. This is the first time that senior management, business departments, and strategy departments have come together to have such specific discussions about contributing to the SDGs through business, and a series of processes have made it possible to visualize the responsibilities, potential, and various elements of Toppan. Externally, it is essential that Toppan, as a B-to-B company, collaborates with client companies to contribute to achieving the SDGs. One of the issues to address going forward will no doubt be how to advance proposals and enhance collaboration while eliciting an understanding of our approach. Cross-border cooperation and cross-sector collaboration between companies will be key to achieving the SDGs. We will proactively participate in global platforms and drive a multifaceted approach to contributing. 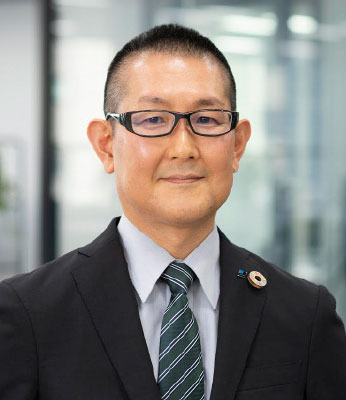 Quantitative targets have been set in each of the nine areas of focus. It was hard work using backcasting to devise scenarios accompanying the specific figures, but the process enabled us to have more in-depth discussions and enhance consciousness of the targets. I believe that presenting these figures to stakeholders and making commitments will drive the necessity to get things done. As a next step, we launched the TOPPAN SDGs Unit in February 2021. This is a cross-divisional specialist SDGs team that will provide assistance from overall design to implementation of specific measures to offer one-stop support covering the entire SDGs value chain of client companies, from upstream to downstream. We will work more closely with client companies than ever before and accelerate efforts to contribute to the achievement of the SDGs together. 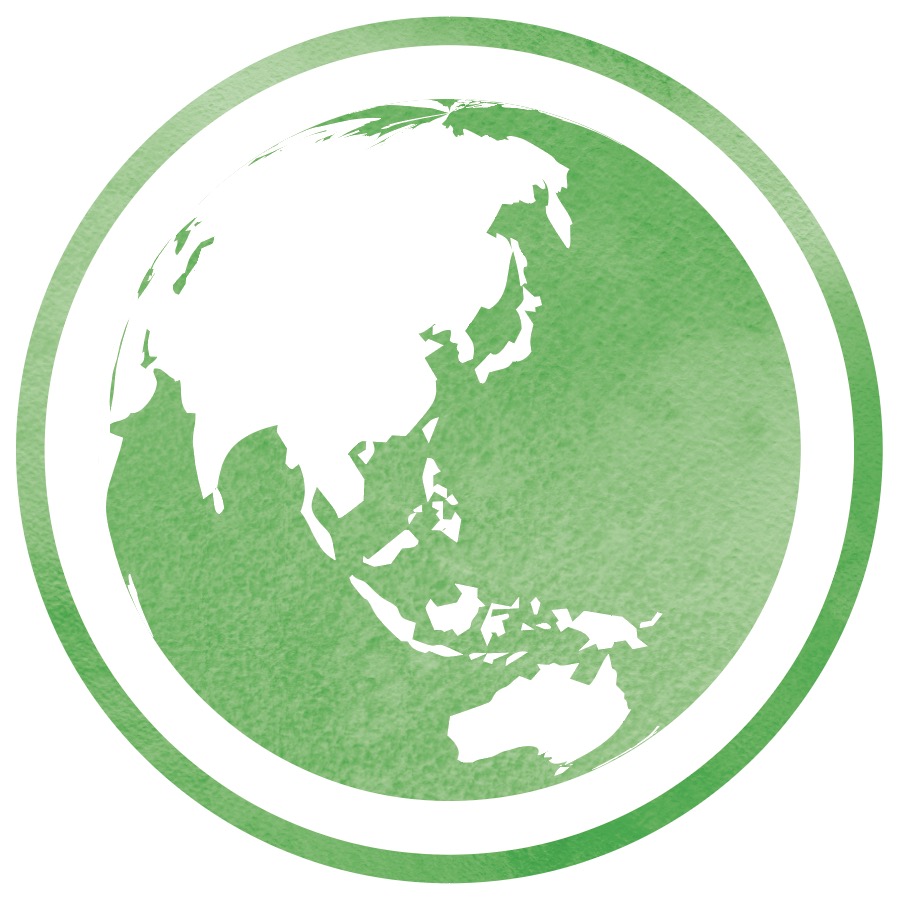 Initiatives and Target Figures for “Environment” 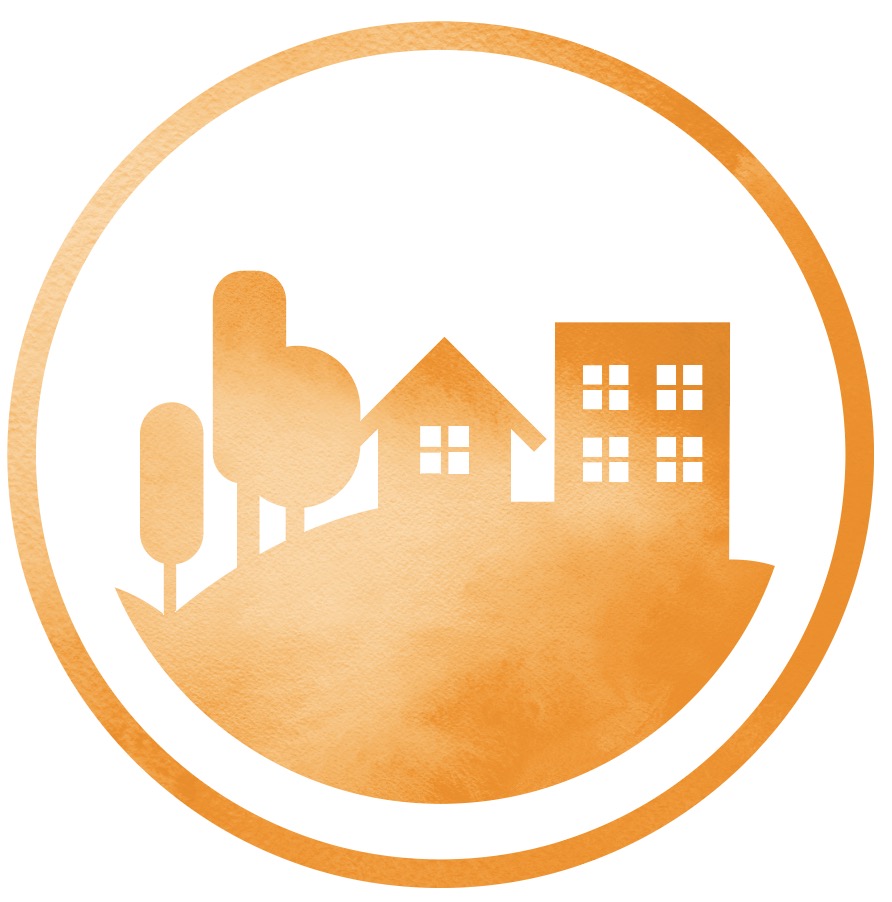 Initiatives and Target Figures for “Communities”

PeopleEmpowerment and Fulfillment of Body and Mind

Initiatives and Target Figures for “People”